Anyone can be Born Intersex: A Photo-Portrait Story by Intersex-Nigeria

Intersex-Nigeria was founded in November 2019 by Obioma Chukwuike to create public awareness and understanding of intersex people and to encourage community building among intersex persons. The advocacy is centered on the rights to bodily integrity, ending stigma and discrimination, creating visibility, ending medical intervention surgeries and other discriminatory practices perpetuated on intersex babies and persons. Intersex-Nigeria was created for intersex people to share their stories, to push for their acceptance and to engage the government on their social inclusion and the respect of their rights. 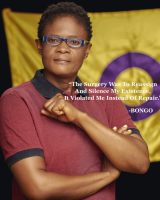 The people portrayed in the photo story are all members of Intersex-Nigeria. Some found it easy to participate, others were hesitant. Ultimately, all agree that there is a need to amplify intersex voices and increase their visibility so that society sees intersex people as people and not as anything else. Representation is important, seeing people who are like you, coming forward to boldly identify with your group is empowering for others. The photo story is an opportunity to remind the Nigerian society of the fact that sex is not binary and that government regulations, service and infrastructure provision need to take this into account. Above all, the government needs to ensure social inclusion. 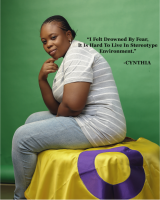 Intersex persons all live different kinds of lives but all of them are strongly shaped by everyday discriminatory experiences, which do not allow them to pursue the professional or family life they are dreaming about. Some are in school, others have used their vocational skills to earn their livelihood but they all have been prevented from exploiting their potentials fully because of who they are. One of the persons featured in this project was a professional footballer but was dropped from her team because of her physical variation. Communal living in the training camp meant that her physical features were apparent to other female teammates. Rumors spread in the camp, this led to their training coach interrogating her and subsequently asking her to leave the team. This experience had a huge impact on her life and career because she was subsequently stigmatized and discriminated against by the football community in Nigeria. This led her to withdraw completely from public spaces. 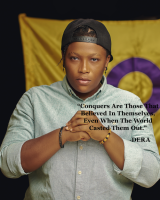 As an intersex person in Nigeria, you are aware of your body variation but many do not know what it is. Often, parents think surgical mutilation in childhood is the best option for their intersex child to raise them as either a male or female. However, as the children grow older, they notice other body variations and start suffering complications and lose confidence in themselves.  Growing up, especially during the boarding school days and youth service boot camps when it comes, for example, to hostel assignment, is deeply traumatic. Throughout their life, intersex people in Nigeria do not get psychological support and have to face mental health issues, social, and economic impact all alone, often leading them to withdraw from the public. 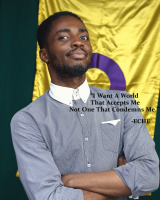 Generally, the experience of intersex persons in Nigeria shows that living in one of the cosmopolitan cities like Lagos, Abuja or Port Harcourt is socio-economically preferred. When you are living with people in villages who knew you growing up, they tend to stigmatize you throughout your life. This is different when that person moves to a city like Lagos, away from home where no one knows them. Living in Lagos can provide relief from their growing up experience and the possible trauma of adolescence. It can give intersex people more fulfilment because of the diversity of people, cultures, and beliefs. Lagos State is generally thought to be more open to providing support in situations of gender-related rights violations and often serves not only as an engine for growth but also for social change. Intersex people growing up and living in Northern Nigeria face a different reality. Earlier in the year, the Kano state government performed forced surgeries on intersex persons and the governor went further to state that they would still “fish out” more intersex persons to perform these invasive surgeries. For the activists, it is disheartening for a government to state that they want to give “corrective” surgeries because there is nothing to correct about being intersex. 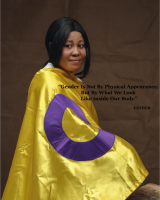 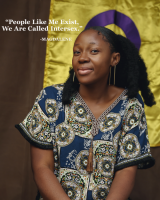 Navigating social spaces is different for intersex persons, even including in cities like Lagos. For an intersex person who has physical variations, mixing up in such spaces is not easy and so far, they have been left alone with their traumas. Going to public places like banks, schools, toilets or using public transport is difficult because people treat them in a de-humanizing manner. Some intersex persons do not go out because of how the public receives them, facing embarrassing questions like, “what exactly are you” or staring openly at them.

Intersex people do not have many allies. However, children and women’s rights groups have been provided support in the past. Medical practitioners, on the other hand, complicate the problems intersex persons face. During medical examinations, intersex persons face a lot of discrimination. Medical practitioners need to be told that the surgeries they perform on intersex people are wrong. Unfortunately, even the medical associations, mostly based in Lagos, are not supportive to their cause here in Nigeria, although many of their members were raised and educated in Western countries, where the problems intersex children face are better addressed. 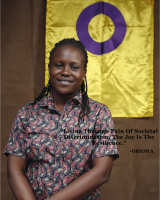 The photo portraits intend to encourage public education, conversations and awareness campaigns on intersex persons and their rights against discrimination, stigmatization and bullying. They are a call to government to wake up and to embark on public discourse about the need to embrace people who are rejected by the society due to ignorance and stigmatization. People need to be educated on why it is not okay to de-humanize another person because they are different. The government needs to create infrastructure for people who do not fit into what is considered “normal”. A lot of groups are marginalized in society because they are different. 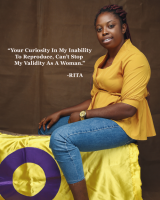 Our message is clear: Anyone can be born intersex. An intersex person is normal, being intersex is not a curse, neither is it a disease, rather it is a variation in sex characteristics of an individual that doesn’t typically fit into male and female sex binary notion and this occurs naturally. Living as an intersex person does not come with a lifetime physical challenge. People need to know that when they see something they do not understand, it is okay to ask questions. Misconceptions should not be used to treat people in a discriminatory manner. Society should interact with persons who are considered different based on facts and not myths. People should make an effort to understand differences and they should be more accepting, especially if no harm is brought to them by being accepting of others.

This photo portrait was first published by the Heinrich Böll Foundation Nigeria. 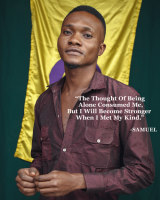 Interview
Queer feminism allows us to understand that patriarchy harms all of us and only an intersectional approach enables collective liberation and working together in solidarity. Queer resistance can also be fun - and sometimes a dandy outfit is enough to make patriarchy shake. We talked to Yvee Oduor about activism and mobilization of genderqueer people in Kenya.
By Claudia Simons

Queer women in Uganda: "Don't rush into coming out"

Interview
In East Africa, politics and the church propagate the idea that homosexuality is "un-African". In order to maintain their own power. However, queer life and love has always existed in Uganda. Homophobia, on the contrary, can be called a colonial import. We spoke with Ssenfuka Joanita Warry about queer activism in Uganda and why she takes every opportunity, she can to speak out and fight misconceptions about homosexuality.
By Claudia Simons

Inequality crisis in Kenya and around the world; the fight for our lives

Article
Inequality is the unfair situation in society whereby some people have more opportunities, money, and resources than other individuals in the same environment. Globally, the levels of inequality within and between countries have risen as much as the broadened gap between the haves and the have nots. Inequality mostly emerges from structural issues, centered on capitalism where the economy and the political system is controlled by a few individuals who are mostly men.