The year 2020 marks 25 years since the 4th UN World Conference on Women in Beijing. This conference was a turning point: The Beijing Platform for Action, which defined twelve critical areas for the status of women and recommended steps to improve them.

The Platform for Action addresses global issues that are still relevant and affect women and girls. These include issues such as poverty, the environment, violence against women, education of girls, equal participation of women in the labour market - especially in highly skilled jobs, STEM sectors and senior management - or the balance between paid work and domestic responsibilities for women and men, and much more. 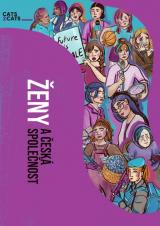 189 countries have signed the Platform for Action. They have also committed to promote equal gender equality and to evaluate the implementation of the Action Plan every five years. For the Czech Republic, the official report is prepared by the Office of the Government, and at the same time it has been customary for over two decades for non-profit organizations to prepare a so-called shadow report for the period under review. In 2021 this report was published by the non-profit organization cats2cats again under the title "Women and Czech Society". This is the third shadow report under this title. The publication "Women and Czech Society - Beijing + 25" was supported by the Heinrich Boell Foundation in Prague and the report was prepared under the guidance of Petra Kubálková from the non-profit organization cats2cats.

Why pay attention to gender perspectives

The term "gender mainstreaming" is present in public policy around the world, however in public and media space, this is not the case. It is therefore important to remember why the Beijing Platform for Action has adopted gender mainstreaming as a tool to promote gender equality.

What does Gender mainstreaming mean? The strategy aims to ensure that the needs and rights of both men and women are visibly considered in all policies, programs, strategies, research, and other areas. In fact, because of long-standing hidden and overt gender prejudices, policy decisions can increase inequality if gender-specific consequences are not considered.

"Imagine, for example, that you are a young woman who has just become a mother. You need to take your child to the doctor and the city does not offer a public facility that you could use with a stroller. There are no sidewalks in your neighborhood because everyone is expected to have a car. The same woman is also a single mother. To be able to return to work, she needs not only the available pre-school facilities, but also shorter working hours to take care of the child and pay the bills. This story has a gender reality,” says Petra Kubálková.

Looking at the world through a gender perspective helps not to widen the gap between men and women. Gender mainstreaming is a strategy that encourages analyzing politics or action from this perspective, asking relevant questions, and looking for evidence and data that illustrate the experiences of women and girls. It helps ensure that policies meet the needs of women and men alike.

The Beijing Platform for Action was the first global policy framework in 1995 to endorse gender mainstreaming as a key strategy for gender equality. 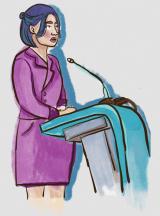 25 years since the signing of the Beijing Platform for Action

The shift in the ranking is not very optimistic. The Czech Republic should have ambitions to be in the top 50, but it clearly does not. Moreover, the significant jump since 2014 was not caused by the intensive efforts of the state to improve conditions, but rather by inertia and unstoppable developments in Czech society. Rather, it should be attributed to the efforts of several experts in public administration, the non-profit sector, business (with the strong support of foreign investors) and the European Commission, which is pushing Member States step by step to change.

Thirdly, it is possible to mention the evaluation of the consulting company PwC - Women in Work Index 2021. The Czech Republic ranked 21st in 2021 (in 2015 we were in 24th place, but in 2020 in 19th place), Slovakia in 25th place, but Poland in 10th place. The 33 countries where PwC operates are evaluated. The not very optimistic evaluation is not so much caused by a significant restriction of women's rights, but on the contrary by the stagnation of the Czech Republic and the lack of motivation of the state and its representation. This stagnation in the last five years has also been influenced by resistance to the topic in public space. This is reflected not only in state policies, but also in the financing of programs and projects aimed at education, financial support of institutions and organizations working in the field, but also to suppress and question the topic in political debates and the public or media space. 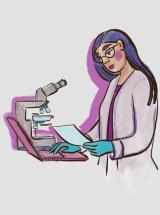 The Czech Republic is moving forward slowly, but there are also some positive examples

Even in the negative evaluation of Czech Republic, we can still highlight a few areas that have been success over the last five years.

Within the chapter Women and Poverty, we can positively highlight the activities associated with the new topic - solo parenting. In the monitored period, a discussion was opened on the obstacles to reconcile work and family, the recovery of child allowances (opened by the Ministry of Labor and Social Affairs) and the growing risk of poverty. The growing problem was then highlighted by the Covid-19 pandemic. Positive in this area are the first proposals and pilot testing to ensure social housing in the spirit of the strategy Housing first.

It is also important to mention that since 2010 business - or large corporate companies operating in the Czech Republic has been the strongest player in the field of advancing equal opportunities. These multinational companies incorporate the ethical frameworks and standards required by foreign mothers. Over the last five years, working conditions have shifted significantly, for example through the introduction of work-life balance programs, non-discrimination, and equal pay. The MLSA fall second behind them with its project but financed from other than state sources.

Among the successes, I would like to include the establishment of the Gender Expert Chamber and its establishment, which, together with the standard issued by the government (2016), has shifted the professionalization and quality of gender audits and advice. Audits, as a tool for change, not only help in the field of work environment, but also have an educational character. Audits are carried out by state and regional administration, non-profit sector, higher education institutions and business.

Finally, we can be proud of the degree of legislation on violence against women and domestic violence. There is sufficient legislation, counseling centers and government strategies being developed. Nevertheless, this area also has its challenges, which should be further addressed. Many of them, such as court decisions or ratification of the Istanbul Convention is pointed out by a shadow report and several non-profit organizations. 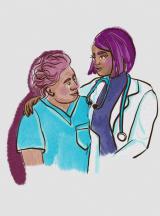 What do the shadow report experts criticize the most?

The stagnation in development, which was also reflected in the evaluation of international indices, was mainly supported by the political representation of the past five years. The conditions for the activities of relevant non-profit organizations have changed significantly. There has been an outflow of funds from the European Structural Funds (ESF) to other topics or a cut in funding, which the endowment funds tried to partially balance. With the outflow of funds, the non-profit sector also lost several experts who transferred to the private sector.

The social debate on feminism, gender and equal opportunities has deteriorated significantly. This turnaround could be observed not only during political discussions on the financing of the non-profit sector, but also, for example, with the start of the #metoo movement in the Czech environment. Important political representatives or representatives of the public sphere (unfortunately) also joined the rejection of the topic and its trivialization. Thus, the perception of victims of discrimination, sexual violence or harassment remains a current problem, which is reflected not only in the social debate, but also in the decisions of individual courts on the ratification of the Istanbul Convention.

Other critical areas include the position of women in the labor market, and especially in the gray economy, which has been significantly affected by the Covid-19 pandemic (now also by the influx of migrants, especially migrant women). Equally critical is the representation of women in management and decision-making positions, where men are still predominant. The economic chapters of the shadow report then illustrate the state of the business sphere. It still does not offer a fair approach, programs to support women in business, access to loans and investment in business.

In other critical areas - healthcare, the environment, the media - conceptual strategies for gender mainstreaming and their regular evaluation are completely lacking.
The absolute lack of interest of the responsible people to the evaluation of the female chapter is also alarming. For the third time already, the shadow report noted a complete lack of analysis and ignorance of the current problems of children - girls and boys. It is astonishing how the state administration grasps the topic. Czech children are a completely anonymous passive group about which we know very little about the official and which does not have its own voice. All these areas are and will be affected by the Covid-19 pandemic.

At the time of compiling the shadow report Women and Czech Society, only brief information and studies were available, with the increase in cases of domestic violence, mental health of parents and coping with home teaching resonating the most. However, this article comes at a time when the first effects of the pandemic are being published, confirming some of the shadow report hypotheses. Life during the Pandemic” research presents very alarming numbers. In the spring of 2020, the number of people with reduced employment increased from pre-crisis 8% to 27% in the 18-64 age group, and the number of adults living in households with incomes below the poverty line rose from 9% to 20%, already in the first quarter of 2020.

With a new political representation (elected in the autumn of 2021) the Czech Republic has the opportunity to catch up with the criticized areas. It is especially important that the issue of gender, equal opportunities and the status of women become one of the basic social and political discourses.

That each representative responsible for one of the twelve critical areas defined by the Beijing Platform for Action will begin to actively integrate a gender mainstreaming perspective into their strategies. The next five years will be very difficult. All areas have been affected by the Covid-19 pandemic and other political events. The issue of the status of women must not be underestimated or downgrade. It is necessary to start taking it seriously again. You can find inspiration and suggestions on public administration, political representation and other representatives in the shadow report Women and Czech Society - Beijing +25.

This article was first published by Heinrich-Böll-Stiftung Prague.

“Empowering Women – Empowering Humanity: Picture It!”. With this slogan, UN Women has been mobilizing international representatives of women’s NGOs worldwide to engage in “Beijing + 20” and calling for a new boost in the participation and emancipation of women.