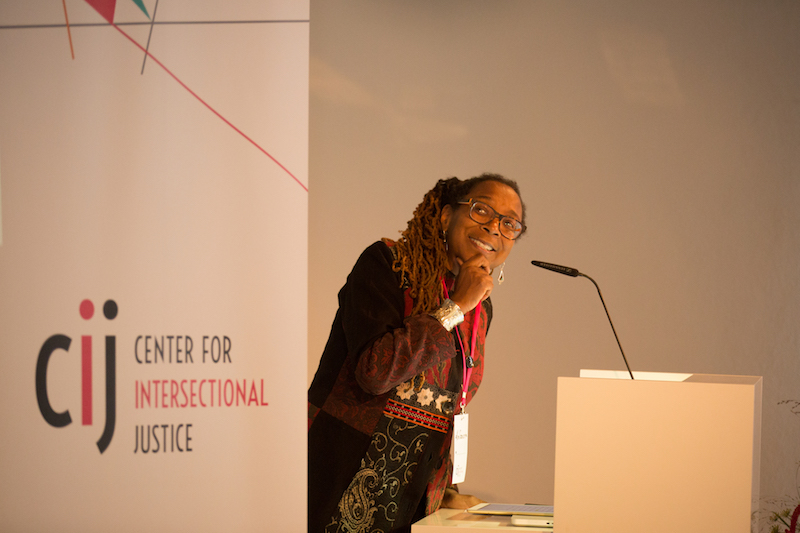 Kimberlé Crenshaw, distinguished Professor of Law at UCLA and Professor of Law at Columbia Law School, is a leading authority on Civil Rights, Black Feminist legal theory, and race, racism and the law. Crenshaw’s groundbreaking work has been foundational in two fields of study that have come to be known by terms that she coined – critical race theory and intersectionality. A specialist on race and gender equality, she gave workshops for human rights activists in Brazil and India, and for constitutional court judges in South Africa. Her work on intersectionality has been globally recognized and was influential in the drafting of the equality clause in the South African Constitution. Crenshaw also authored the background paper on gender and racial discrimination for the United Nations’ World Conference on Racism (WCAR), served as rapporteur for the conference’s Expert Group on Gender and Race Discrimination, and coordinated nongovernmental organizations’ efforts to ensure the inclusion of gender in the WCAR conference declaration. She is the co-founder and Executive Director of AAPF (African American Policy Forum), the founder and Executive Director of the Center for Intersectionality and Social Policy Studies at Columbia Law School, and the president of Center for Intersectional Justice (CIJ).

20 May 2019
Why intersectionality can’t wait