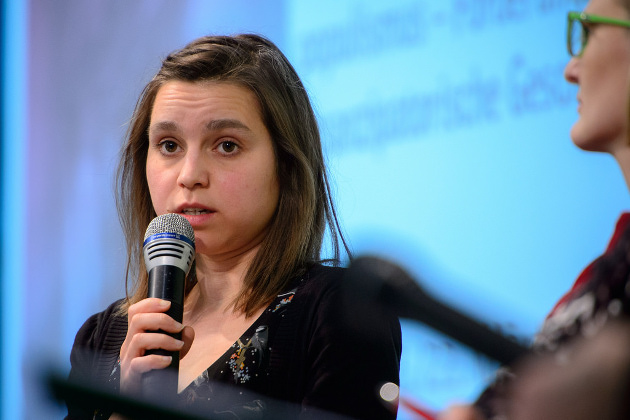 Mariann Dósa is a social scientist and currently pursuing her PhD in Social Policy at Oxford University. She graduated with an MA in International Relations and Economics (2007) from the Corvinus University of Budapest and subsequently completed a post-graduate
course in Gender Studies (2009) at the Central European University in Hungary. Following this, Mariann served as a Junior Researcher at the Central European University, where she drew on her extensive practitioner knowledge of the plight of minority domestic Roma
communities. She acted as a mentor for the Roma Settlement Elimination
Programme of the Ministry of Social Affairs and Labour, where she assessed the conditions of four Roma settlements in Northern Hungary.

Since 2009, Mariann has been an active member of ‘The City is for All’, a grassroots community organization which provides an opportunity for homeless people to stand up for their dignity and fight for the right to housing.