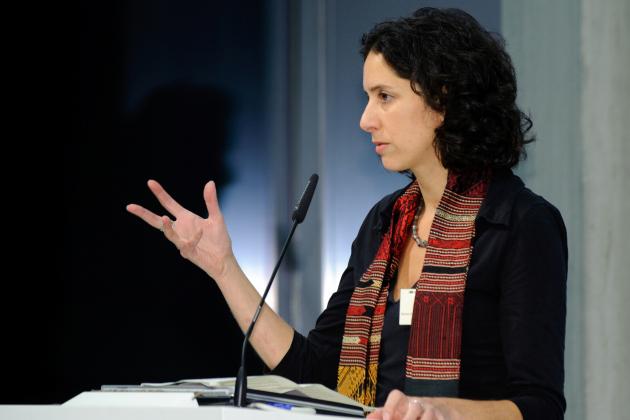 Professor of Gender Studies and Chair of the Centre for Gender Studies, School of Oriental and African Studies, University of London
Nadje Al-Ali is Professor of Gender Studies and Chair of the Centre for Gender Studies, at the School of Oriental and African Studies (SOAS), University of London. Her main research interests revolve around gender theory; feminist activism; women and gender in the Middle East; transnational migration and diaspora moblization; war, conflict and reconstruction. Her publications include “What kind of Liberation? Women and the Occupation of Iraq” (2009, University of California Press, co-authored with Nicola Pratt); “Iraqi Women: Untold Stories from 1948 to the Present” (2007, Zed Books); “New Approaches to Migration” (ed., Routledge, 2002, with Khalid Koser); “Secularism, Gender and the State in the Middle East” (Cambridge University Press 2000) and “Gender Writing – Writing Gender” (The American University in Cairo Press, 1994) as well as numerous book chapters and journal articles. Her most recent book (co-edited with Nicola Pratt) is entitled “Women and War in the Middle East: Transnational Perspectives” (Zed Books, 2009).
Nadje Al-Ali is currently involved in a research and capacity building project involving female Iraqi academics inside Iraq (University of Baghdad) and in Jordan. The project seeks to document the main problems and challenges for female Iraqi academics in higher education and to identify training and skills needs. She is involved in setting up a women and gender studies course at the University of Salahadeen in Erbil. She is presently also working on a paper about the Iraqi Kurdish women’s movement in relation to the wider Iraqi women’s movement.
Nadje Al-Ali has been elected as President of the Association of Middle East Women’s Studies (AMEWS) (2009-2011). She is also a member of the Feminist Review Collective and a founding member of Act Together: Women’s Action for Iraq and a member of Women in Black UK. At SOAS, she is running a fellowship programme for female academic refugees.