Report on an expert panel and film screening from December 10, 2013

Whether in the Middle East, Southeast Asia or Central Africa, women, men, girls and boys experience extreme violence, fear and trauma within the context of armed conflict. Civilians are forced to leave their homes; they are robbed, beaten and killed. They often have no other option but to escape the atrocities and ever-present suffering. Children, in particular, experience multiple forms of violence and suffer from the long-term consequences of internal and external harm. The forced recruitment of children to arms, particularly via sexual violence, is among the most severe human rights violations of our time. Girls and Boys are turned into perpetrators. These experiences lead to significant challenges when returning to civilian social structures after the armed conflict has ended.  According to reports, hundreds of thousands of children are forced to serve as soldiers in countries such as Sudan, Sri Lanka and Uganda.[1] They are deployed as guards or care providers, detention officers, on the battlefield and in combat; they are forced to carry out the most brutal acts.

Although this topic has been present in public debate  since the early nineteen-nineties, there remains a lack of adequate prevention mechanisms and reintegration programs to provide these girls and boys with new life chances and ample protection. There is an international legal framework prohibiting the violent recruitment of child soldiers, including the 1998 UN Convention on the Rights of a Child (CRC). But the application of these norms has proven difficult. Children who live in rural areas, in extreme poverty and secluded from national centers, are among the most vulnerable. Girls and boys are often directly impacted by armed conflict and violence, have lost family members or were themselves forced to take part in violent military acts.

To respond to these violations of children’s rights, the Gunda Werner Institute of the Heinrich Böll Foundation hosted a discussion on December 10, 2013 for experts from various fields and countries. Embedded within an exhibition on sexual violence against youth in Germany[2], the event followed a series of dialogues addressing related topics. Various questions were addressed during the expert talk including: “What should the international community, the EU and the federal German government do to combat the recruitment of young people? How might they help youth work through their experiences of violence? How might young people who have experienced this sort of violence and trauma be reintegrated into society?” The expert panel provided an opportunity to engage in a broad discussion about the reasons for these crimes against children and about the socio-political consequences within and outside of the effected countries.

In her introduction to the event, Barbara Unmüßig, president of the Heinrich Böll Foundation, emphasized the need to ask about what can be done on a political level and by German leaders to enforce the rules of international conventions and to put an end to the continuous recruitment and abuse of children. In accord with Gitti Hentschel, executive director of the Gunda Werner Institute, she called for developed countries to take responsibility, thus inviting a nuanced and expansive discussion about responsibility, possible solutions and prevention strategies during the lectures and debates to come.

Camilla Klein, who spent a year working with former child soldiers in Uganda and is now the Uganda coordinator at Amnesty International, presented information about the local socio-economic conditions and recruitment of girls and boys  in the northern part of the country. She described the intersection of different factors that leave children especially vulnerable to recruitment, but that must also be considered in reintegration initiatives. Poverty and a general lack of education and perspectives play an important role.

Grace Arach, initiator and coordinator of the “Foundation of Women Affected by Conflict” (FOWAC) in Uganda and long-time social worker at a Caritas project in Gulu, Uganda confirmed the observations made by Camilla Klein. She offered a heartfelt account of her work accompanying former child soldiers on the difficult road to a “normal” life. She provided a glimpse into the distressing and difficult work and living conditions common to these relief projects.

There are important individual differences in the possibilities and strategies of these young people. She spoke of the lack of prospects awaiting many of them. Although a reconciliation and reintegration system in Uganda does exist, it often remains difficult to fully integrate these girls and boys - many of whom were brutally kidnapped by militia or the military and forced into life as a child soldier - back into their families and village communities. Many have never been to school and were forced into adulthood much too quickly. Family members or other close community members often view them with suspicion, sometimes also with fear and hostility, knowing that they have committed the most brutal acts with the rebel army. On the other hand, some relatives are happy to have the children return to them and try to facilitate their integration into the community. With no professional training and eternally stigmatized, these children face extreme difficulties as they work to find their way in civilian contexts and develop perspectives for the future. Specialized programs and secure living conditions could help to make a “normal” life possible. The full extent of external and internal harm and the limits of their reintegration will become slowly apparent only after the end of armed conflict, if ever, and will demand individualized support. By drawing attention to these issues, Grace Arach offered several points of departure for a thoughtful discussion about concrete solutions.

Theo Hollander, researcher at the Refugee Law Project in Uganda and doctoral student at the University of Utrecht’s Center for Conflict Studies, refocused attention on the broader social environment. He spoke of a unique regulatory system within the armed forces, such as is the case in the Lord Resistance Army in Northern Uganda. Children are forced to learn and submit to these rules. Upon return, they must relearn the behaviors appropriate to civil contexts. Hollander emphasized that comprehension from family members is especially important. Some young girls return from the camps as mothers. Even if the young women are reintegrated into the community, their children are often rejected because their fathers belong to the rebels. This is an ongoing conflict for many women. And when it is known that young men survived war camps and that they committed atrocities, they will forever be perceived in relation to  that history and stigmatized as perpetrators. The conclusion, for Hollander, is that international aid organizations should tend to the social environment of child soldiers and engage in mediation work to make true reintegration possible at all.

Rita Schäfer, gender scholar and expert on Southern Africa, stressed the importance of continued critical reflection on the topic. She put the situations in Northern Uganda and in other countries from Sub-Saharan Africa in relation to their colonial histories. She emphasized that gender-specific violence is not only pertinent to the interaction between masculine and feminine patterns of behavior. The dynamics and power relations between older and younger men in military structures are also of great importance and can bring with them problematic consequences for the society in question. For example, children who were pushed into these structures of violence and into positions of command in rebel groups became decision-makers overnight. They prepared and executed criminal commands, robbing them of their childhood. The ethnologist explained that all of these aspects must be taken into consideration in reintegration initiatives and programs.

Following the expert panel, participants were invited to view a documentary film and share their thoughts and reflections in a podium discussion. The film “Lost Children” accompanies former child soldiers in Uganda as they return to their communities, on a seemingly impossible and merciless hunt for normality. One of the guest speakers, Grace Arach, also has a role in the film. Among other stories, it shows how she tries to support young people and former child soldiers to re-establish contact with their families, to pursue an education or to develop specialized skills. She works to support them as they integrate themselves into a post-war society and to work through past trauma by discussing experiences of violence. The film and the documented conversations are poignant and paralyzing. As was emphasized in the expert panel, these events serve above all to help to understand the origins of these children and to devise possible solutions.

As an important actor in global politics, but also as one of the largest suppliers of fire arms and weapons used in various armed conflicts worldwide, participants agreed that Germany should be expected to support effective prevention and the reintegration of child soldiers via targeted development programs and on-going discussion. Along with experts, those who are personally affected by these dynamics should be included in the political discourse designed to identify mechanisms that would adequately protect children in situations of armed conflict from all forms of violence, including sexual violence.

[1] UNICEF. PROMOTION AND PROTECTION OF THE RIGHTS OF CHILDREN. Impact of armed conflict on children. Note by the Secretary-General. A/51/306  http://www.unicef.org/graca/a51-306_en.pdf

[2] The exhibition: ”What do you see, Mrs. Lot? Exhibition about sexual violence against girls, boys and women – against protecting the perpetrators“ from November 25, 2013 to December 14, 2014 at the Heinrich Böll Foundation, Berlin

Video: Paneldiscussion -Sexual violence against girls and boys within the context of armed conflict [german/english] 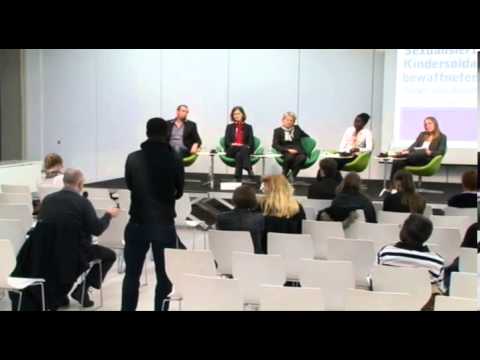 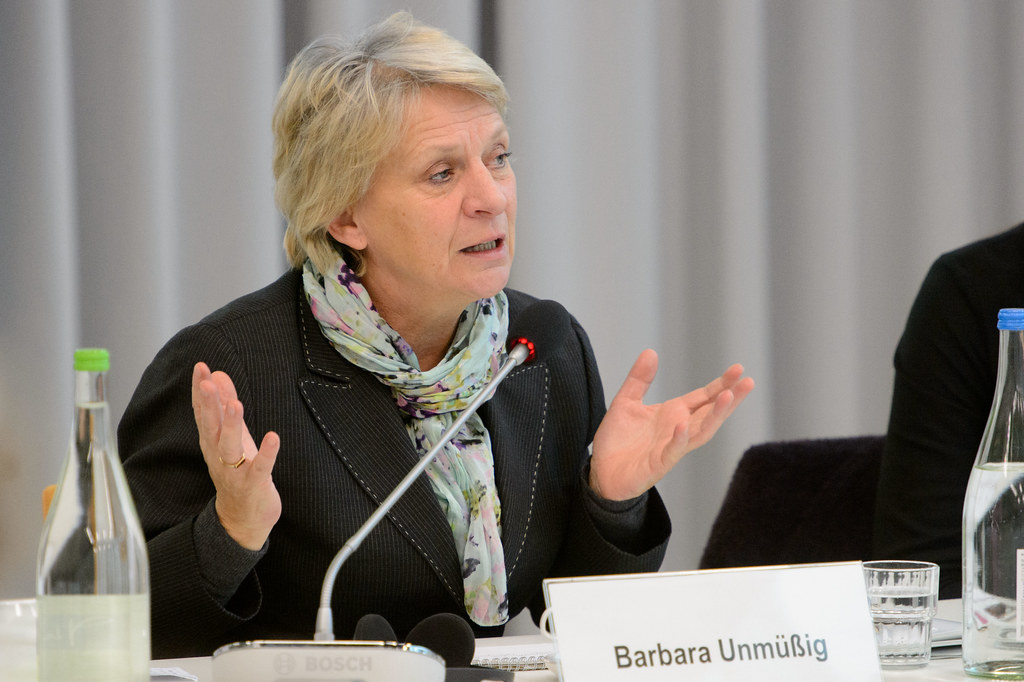 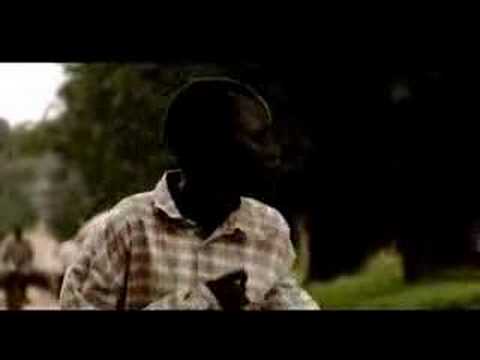