In international comparisons of gender pay gaps, Europe performs reasonably well. For example, in 2011 only two European Member States (the Czech Republic and Austria) recorded higher earnings gaps[i] than the USA for the average full-timer. It came as a surprise to most commentators, therefore, when a recent study financed by the European Commission found that, among European pensioners aged over 65, women received on average € 886 per month compared with €1447 for men, i.e. a 39% gap. To add to the disconcertment, the gap was 44% in Germany, one of the few member states where women’s employment has constantly increased over the past decade because the country has managed to ride out the recession practically unscathed[ii].

Why such a large disparity? And is it as worrying as it seems? The aforementioned study has some good news and several reasons for concern. One bit of good news is that, on average, ‘only’ some 7% of older women are not entitled to any pension income in the EU, where pension income is understood to range from retirement income based on contributions, through survivor pensions, to regular social assistance in cash. Regular social assistance in cash, e.g. what in some countries is known as a ‘social pension’, is often granted to elderly people not entitled to ‘proper’ pensions, and it may be viewed as some sort of recognition that housewives have indeed worked in their lifetimes, though not for a wage. The irony is that, because such benefits tend to be low, they may make gender disparities larger than one would expect on the basis of lifetime earnings alone.

Yet, it would be hasty to conclude that things are bound to substantially improve for women on the grounds that future retirees are much more likely to be in paid work than are present retirees. A general matter of concern arising from the study is that marriage status and number of children appear to widen gender disparities in pensions more than the level of education does. We cannot therefore expect spectacular progress to follow automatically from the striking advances in education among younger women that we have witnessed in Europe and elsewhere in the world in the past decades, or even from a steady increase in female employment rates. Especially if this increase has a strong part-time component, as has been the case in Europe since 2000[iii].

A specific matter of concern is that, in the majority of European countries, privately funded pension arrangements are expected to take on much greater importance than they have at present. Europe is ‘greying’ and requires private arrangements for retirement in an attempt to ensure the sustainability of pension systems. But the study found that gender gaps are generally wider for pension incomes from privately funded schemes (most of which are of the Defined Contribution variety ) than they are for employer-based or public schemes. In Denmark and Sweden, but also in the UK and Germany, pension income from voluntary contributions schemes augments disparities between men and women, with only the Netherlands being a clear exception to this rule. Admittedly, the evidence is slim because voluntary schemes are well established in only a minority of EU countries, and income from such schemes is generally small. But it does not bode well for the future.

Neither are recent trends in pension income particularly reassuring. Over the latest five–year period for which data are available (2004 to 2009), the pension income gap between men and women widened by nearly two points at EU level, although this masks opposite trends across countries[iv].

Are we making too much of the gender gap in pensions? After all, older people are more likely to rely on income from financial or real estate assets than younger people are; assets tend to be more equally distributed than income among men and women; and bequests further level gender disparities in assets, given that women live longer[v]. We still know little about wealth inequalities between older men and women in Europe and whether they compensate for or add to pension inequalities. Hence we cannot mechanically equate a wide gap in pensions with greater economic hardship among older women. But we should take it as a warning.

Poverty is not the only risk. Weak economic independence among older women is another one. This becomes manifest if we look at the difference in pensions within each household. The gender pension gap as seen hitherto compares the average male pensioner in the country with the average female pensioner. To some extent, however, it is a statistical artefact that may misrepresent what really happens within households, for example when we compare each woman with her partner within the couple. When we do so we discover that differences between partners are even larger than those between the average male and female pensioner in the economy. In the EU as a whole (EU27) the male partner typically receives a pension 42% higher than that of his spouse, with peaks in the Netherlands, Germany and Luxembourg, where He receives 54%, 57% and 71% more than Her[vi]. Can we really assume that such disparities do not matter because all resources, including pension income, are fully shared by couples independently of who brings home what? And can we really assume that, independently of who brings home what, She has the same say as He does in decisions about what to buy, where to go or how to organize health care and assistance? Income is not the only thing that matters in increasing one’s bargaining power within the family. But it is bound to matter to some extent.

European Policy still flags the gender pay gap as a crucial indicator of persisting inequality between men and women in the labour market. One reason, or perhaps the main reason, for this is that the pay gap has traditionally been associated with the possibility that discrimination accounts for at least part of this gap. Discrimination, we are implicitly reminded, should not be tolerated in the labour market or elsewhere in Europe. This raises the question as to whether gender disparities in pension income reflect a different but perhaps no less justifiable kind of discrimination: the one that opposes paid and unpaid work.

Retirement income can be conceived as delayed compensation for having worked. Age or ‘social’ pensions are partial recognition that women, in particular, have worked all their lives, though not in the market: rather partial, we should stress. It is well known that if we sum unpaid and paid work, in most European countries women work more than men[vii]. Why then should there be such a large difference in compensation for past work when the lifetime workload for women is the same or higher?

In an attempt to improve financial sustainability, recent reforms of pension systems in Europe have strengthened the link between the amount of pensions, on the one hand, and lifetime social insurance contributions on the other. They have also encouraged privately funded pension plans. For different reasons both lines of action tend to deepen gender disparities in pension entitlements. It is time to re-consider the design of pension reforms and flank the goal of financial sustainability with that of redressing inequalities that may not be easily justified. 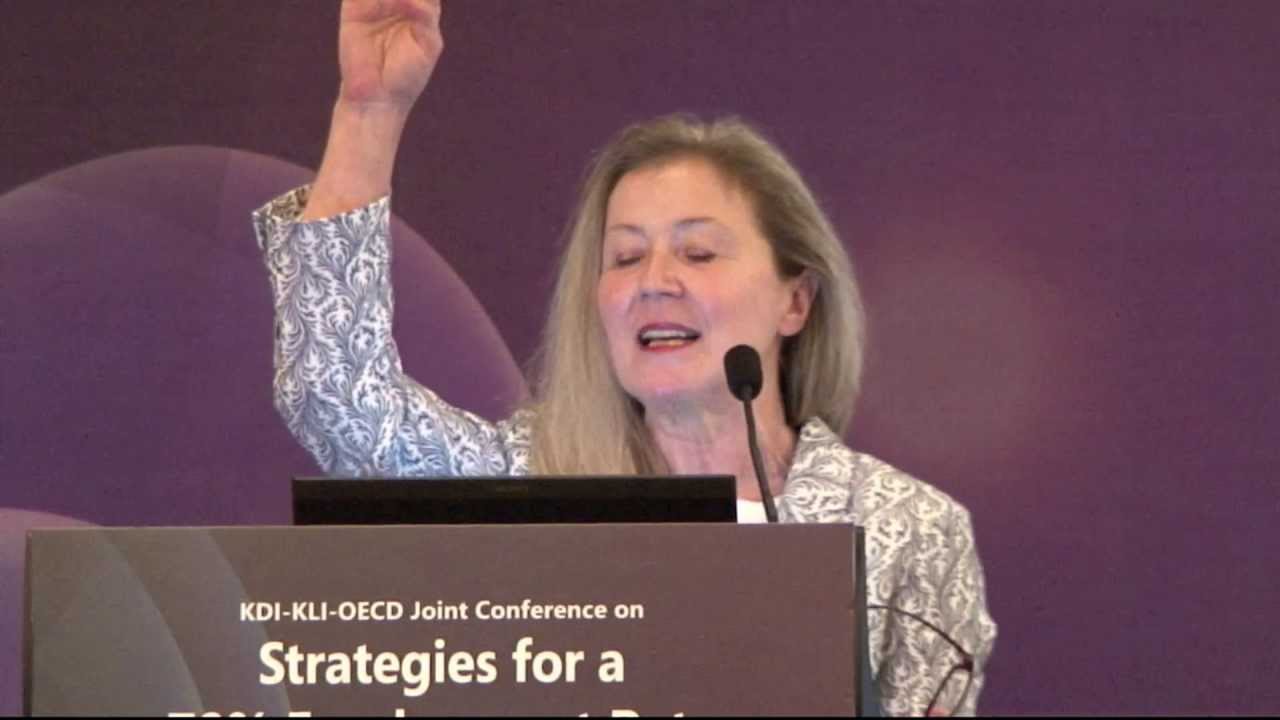 The forerunner  of   this  study  was a German study by the Federal Ministry for Family Affairs, Senior Citizens Women and Youth “ The Gender Pension Gap: Developing an Indicator Measuring Fair Income Opportunities for Women and Men, Berlin, 2012 (www.bmfsj.de).

In the last 5 years, the impact of the global economic crisis were felt around the world. Particularly affected by poverty are households run by single women.