Education and Training of Women 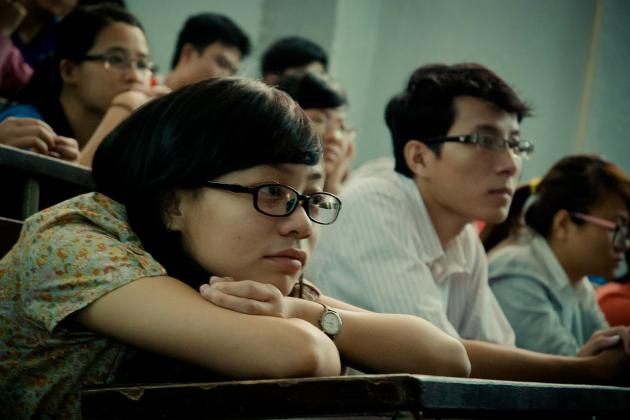 This corresponds in part amongst other things to one of the strategic objectives of the Beijing Platform for Action: ensure equal access to education.

But to what degree do girls and women benefit from this success? In many parts of the world girls keep being hindered from exercising their right to education and training by normative, structural and individual discrimination. Even if they go to school, girls have to accomplish extensive domestic duties and thus perform poorer at school, than boys. Teachers are often suspicious about girl’s intellectual capabilities and teaching materials often show a similar gender bias – no ideal starting point for a good performance at school. Massive sexual harassment in public spaces can also confine girls to the home – and hinder them from attending school.

By reaching the level of further education, or even considering higher education, girls – in many parts of the world, are clearly disadvantaged. Fees are rather spent for their brothers. Marriage, pregnancy, family supply and domestic duties all seriously restrict girl’s options.

In many countries of the global North, women hit the glass ceiling at the latest by the time they do a PhD or try to obtain a professorship. In scientific research, as well as in inter-/national politics and the economy, women are underrepresented. Excluded from the negotiating tables of power, they are missing not only as producers of knowledge and decision-makers, but also as role models for future generations.

Education is necessary to reach full gender equality. A good training is key to jobs, income and a life in dignity. Well-trained women tend to be better off considering the termination of violent partnerships, providing for their families and for themselves and leading a self-determined life.